It was Prince Charles who suggested that a vacant site in Halifax might be a good location for the proposed new museum and in 1992 he officially opened Eureka! The National Children’s Museum.  The museum is an interactive educational site for children, run as a charity with its focus on learning through play.

Clarity originally met Eureka! at the BETT Show in January 2018 and shortly after visited the location to fully understand the needs of the museum, find out what equipment was already in place and advise on improvements and upgrades that could be made.  Over the next year some adjustments were made to the proposal in consultation with Eureka! to ensure they had the best equipment for their budget.

In May 2019 work began.  The theatre’s existing lighting bars were reused with one being moved further back in the theatre to provide a better angle for lighting.  All the existing lanterns were replaced with a quantity of LED par wash fixtures to provide a wash in a huge variety of colours.  A big advantage of LED lanterns is that they operate at lower temperatures making them far cheaper to run as they have a lower power consumption.  They will also last an average of at least 25,000 to 50,000 hours, whereas conventional lamps last on average 300 to 500 hours.

Fully dimmable LED white light ceiling panels were also installed that can be used as house lighting when the theatrical lighting is not being used.

The museum was given two levels of control for the lighting.  For day to day use a simple push button wall mounted control panel can set simple static lighting scenes allowing anyone to use the system with ease.  A lighting desk was also provided for more advanced control of the colour changing LED lighting and effects.

To update the sound system Clarity added a simple Yamaha mixer amplifier to the existing equipment rack.  The sound can be controlled via the front of the mixer-amplifier as well as via a wall-mounted volume control panel at the stage area.  Clarity also provided an audio input panel to plug a cabled microphone and aux lead into.  This will be useful for external hires and smaller events, where the control can be restricted to just these panels.

A CD/media player was also mounted into the equipment rack.  This includes a USB slot and an auxiliary input for a computer, MP3 player or a Smartphone, plus Bluetooth wireless connectivity.

A pair of new high-quality Yamaha loudspeakers were supplied fitted to an adjustable bracket, secured with safety wire and installed at high-level to give good coverage regardless of where the listener is located.  Finally, one of the existing loudspeakers that had been removed from the theatre was relocated to the foyer, linked to the new system and powered by one of the existing amplifiers. 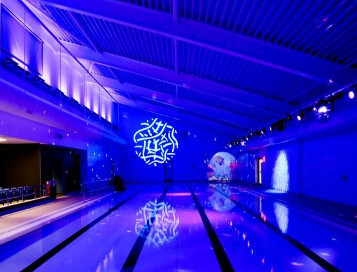 Providing a kaleidescope of colours and projected images for a brand new 4-lane swimming pool in Northern Ireland which is now the largest sensory pool in the UK. Read more 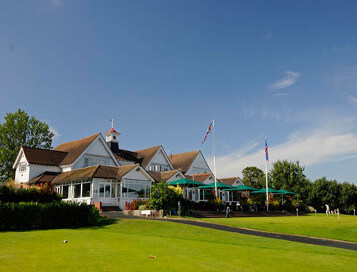 Upgrading the sound system for the various function rooms of a golf club. Read more 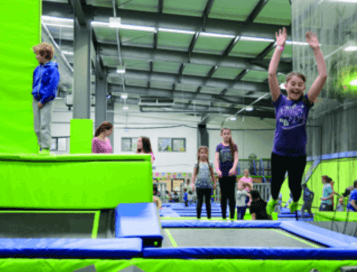 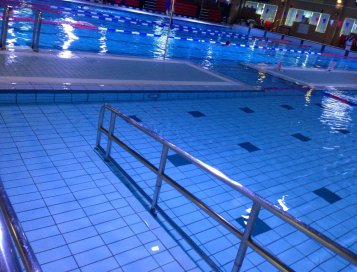